Messing about with convolutional neural networks (CNNs) continues to take up some of my time (in case my supervisor reads this – I also have a simulation of a many core system running on the university’s computer atm).

I started my research here with a much cited, but really well-out-0f-date book – Practical Neural Network Recipes in C++. What’s nice about that book is that it is orientated towards getting things done, though the C++ is really from the “C with classes” era.

Another book – Guide to Convolutional Neural Networks: A Practical Application to Traffic-Sign Detection and Classification – which I can access through the University of York’s library, helped fill in some of the theoretical and other gaps and also showed me why I needed to move away from the perceptron model promoted in the earlier book and move towards a CNN. But like many of Springer’s books it is poorly edited and not fully and properly translated to use online.

So I’m still on the look out for the perfect match – a book with practical coding examples that clearly explains the theory and, bluntly, is written in good English with all the maths actually reproduced in the online format (as I am just not going to be able to afford a printed copy.)

In particular I want a clear explanation of how to do back propagation in a CNN – as it’s plain that the general method outlined in “Practical Neural Network Recipes” doesn’t work beyond a fully connected layer, while the explanation in “Guide to…” is impenetrable and, actually, rather odd (as it seems to imply that we use a fixed weight for every neuron in a filter as opposed to using fixed weights across each filter – if I have explained that properly).

This book has managed (at time of writing to have collected two, one star, reviews on the Amazon UK website): 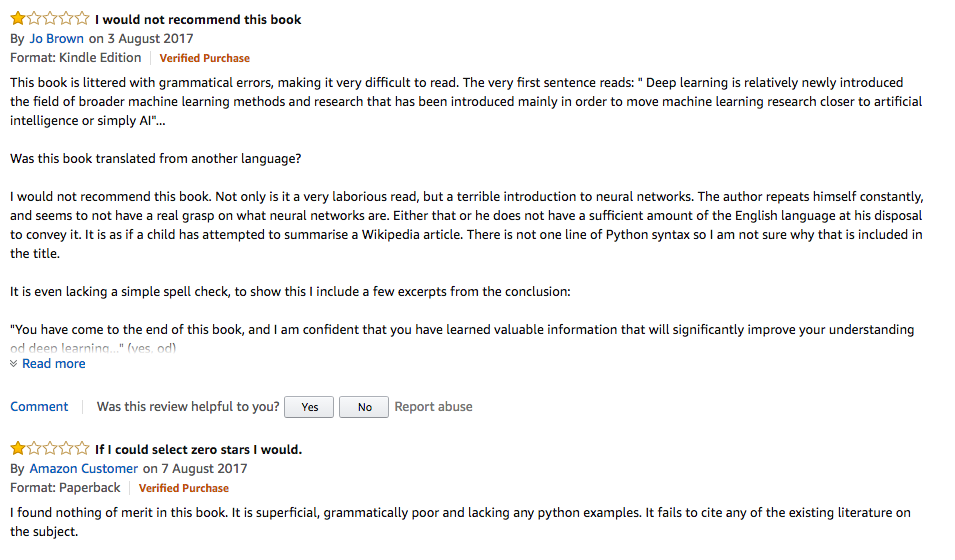 I have no idea how fair those reviews are, but this passage from the preview version available on the website doesn’t suggest the author is yet rivalling Alan Turing: 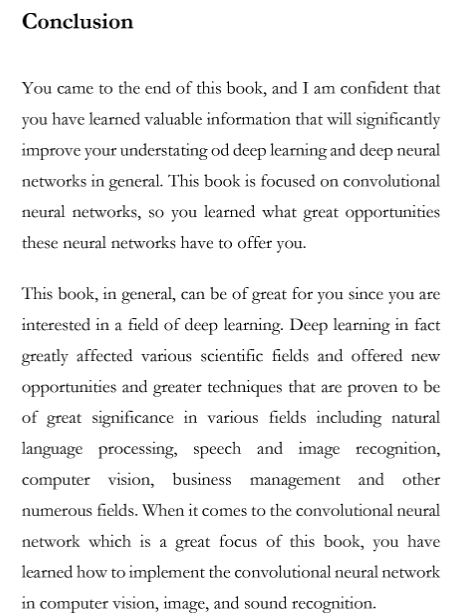 But, here’s the odd thing. It would appear a number of “purchasers” of this book through Amazon.com are very enthusiastic about it and all felt the need to say so this very day (9 August): 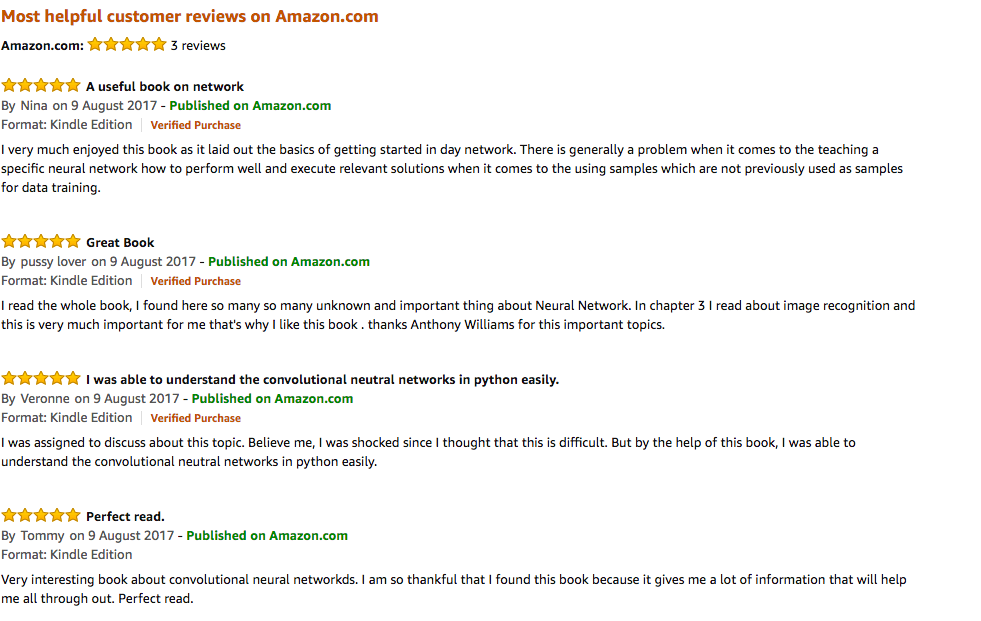 Even more oddly, the reviews all read like spam comments I get on this blog. But I have no evidence to suggest these are anything other than genuine, if odd, comments on the book…

One thought on “Strange reviews on Amazon”